Welcome to the Vincent Academy

Over the last thirty years, Michael has earned an enviable reputation as one of the the elite magicians and sleight of hand artists in the world.

Michael Vincent has been named Best Close-Up Magician three times by the UK’s Magic Circle, in three consecutive decades, in 1983 , 1991 , and 2003.

In 1993 he was crowned the International Magician of the Year.

In 2010 Michael made a guest appearance on the popular UK show ‘Fool Us’, with Jonathon Ross and Penn & Teller. The close-up magic he performed was given a standing ovation by the audience and praises were sung by both Ross and the magic duo, and he was invited back to perform again later in the series.

Penn said, ”you are my favourite performer”; high praise indeed! Penn remarked; “This is what a person can do with their hands and a deck of cards, this is decades of practice.”

Michael was schooled by some of the greatest figures in the world of magic beneath, and one of the main values instilled in him was the importance of mentorship in order for aspiring magicians to fullfill their ambition

Sign up for the newsletter, and get the latest news from master magician Michael Vincent

Message from the Vincent Academy 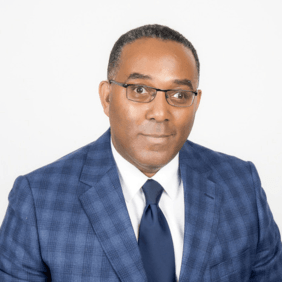 I am delighted to announce the arrival of The Vincent Academy.

This new venture is committed to assisting magicians worldwide achieve all their goals in the craft of magic.

I am grateful to the craft of magic for transforming me from a shy youngster into an individual who can make a difference to and for others.

Obviously, learning magic and presenting it well can entertain and enchant an audience but it is the process of becoming a great magician that makes the real difference. If my personal journey is anything to go by, I am sure that what The Academy can make available to you will be transformative and life changing.

My team and I look forward to serving you.

BE PART OF THE VINCENT ACADEMY